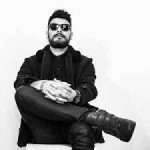 MUZZ is a producer and DJ renowned for the pulsating fusion of Drum & Bass and Industrial rock overlaid with orchestral arrangements and euphoric hooks. He has become one of the hottest go-to names for fierce, high octane music. He holds a unique power of bringing together both the drum & bass world and the wider electronic music into his devoted fanbase.

He has released primarily with the world famous Monstercat label, as well as RAM records and Liquicity.

In 2018, the MUZZ EP “The Cascade” charted at #1 on the iTunes US Dance Album charts. Every release over the past 5 years has reached the top 10 on Beatport’s Drum and Bass category, alongside frequently receiving mainstream platform support from BBC Radio 1, Billboard, UKF, Kiss and Sirius to name a few.

As well as collaborating with many world class artists such as Celldweller, Delta Heavy and Rob Swire & Gareth McGrillen from Pendulum & Knife Party, he’s also remixed the latter with his gargantuan spin on “Ghost Train”, alongside remixes for Black Tiger Sex Machine, Pegboard Nerds and Snails to name some.

Having released over 40 tracks and remixes and been nominated 4 years consecutively for Best DJ & Best Producer at the Drum and Bass Awards together with Millions of Youtube views and millions of spotify plays without any major playlisting, there is undoubtedly something for everyone, whether it be his energy-laced DJ sets or his stunning musical productions.