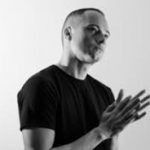 Multi award-winning Friction is one of the most revered and respected electronic music artists in the world today. Cutting his teeth in the drum & bass UK underground of the early 2000’s, Friction’s build from one of the most passionate, most technically skilled DJ’s into an all-round anthem producing artist has been relentless.

Today he co-owns the globally renowned Shogun Audio label, Elevate Records, Maraki Records (his latest venture with My Nu Leng) and hosted BBC Radio 1’s weekly drum & bass show for 6 years. All the while managing one of the most gruelling DJ schedules in the game week in week out, playing anywhere from Glastonbury to L.A, to Sydney, Tokyo and back to London. Deemed by Pete Tong as ‘one of the big dogs’, he entered the coveted D&B Hall of Fame at the 2011 D&B Arena Awards.

Friction’s own productions have gone from strength to strength releasing on imprints such as Metalheadz and Hospital in the early years before founding his own Shogun Audio label in 2004. With 15 years under its belt, it is now a powerhouse in the world of bass music, responsible for nurturing and kick-starting the careers of many of the scene’s biggest producers today.

Whilst his remix CV continues to evolve including the likes of Childish Gambino, Wretch 32 & Example to name but a few, it is his recent string of heavy hitters such as ‘All Night’, last year’s Gorillaz-inspired ‘Dare’, ‘Mad In The Jungle’ and ‘Running’ that have really captured the imagination, taking things to a whole new level. A regular in the radio shows of Annie Mac, Danny Howard and MistaJam his recent official remix of Fat Boy Slim’s ‘Right Here Right Now’ topped the Dance Charts whilst new single ‘Dancing’ with chart-topping international star JP Cooper leads into his debut album ‘Connections’; released Sept 7th 2018.